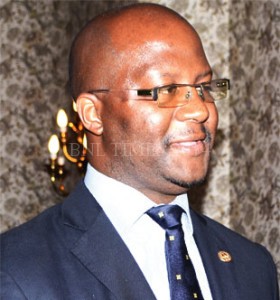 The country needs a total of US$7 billion (about K3.6 trillion) investment in energy to meet growing energy demand by the year 2030, the Ministry of Energy has said.

Muluzi said energy is critical for any meaningful economic development, adding that sustainable development would require a huge amount of energy.

“In 2014, the economy is estimated to grow at 6.5 percent. Malawi`s population is now at about 17 million, with an estimated growth rate of 2.8 percent. Only 9 percent of population has access to electricity.

He said the US$7 billion will require three forms of investments with both IPP and PPP investment accounting for 60 percent or US$4.2 billion.

Among others, by 2030, the mining sector would require an estimated minimum of 800mw with manufacturing and processing consuming about 700Mw.

Domestic demand is estimated at a minimum 700Mw while the service sector and the green belt initiative requiring a total 630Mw.

“The role of PPPs in the development of a country cannot be ignored. The PPPs model of economic development has assisted in areas of infrastructure development.

“Generation of electricity will require participation of PPPs as well as IPPs. The country will require building capacity in Wind PPPs, Solar PPPs, Geothermal and other forms of energy PPPs. Both IPPs and PPPs will play significant role in energy generation,” said Muluzi.