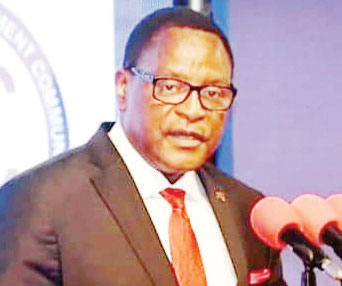 KAMWENDO—The industrialisation promise has yet to materialise

The United Nations Economic Commission for Africa (Uneca) has lamented the low share of manufacturing industry to growth domestic product (GDP) in countries within the Southern African region.

The commission, a UN agency mandated to support countries in the sub-region achieve inclusive industrialisation for the reduction of poverty and inequality, says the sector’s share has failed to increase significantly over the last five years.

It therefore, recommends, among other things, enhanced industrialisation and building productive capacities.

Addressing delegates at the opening of the Sadc Industrilisation Week in Lilongwe on Monday, Uneca Director for Sub-regional Office for Southern Africa Eunice Kamwendo said the commission is committed to supporting countries attain the structured targets.

“Unfortunately, the industrialisation promise has yet to materialise in our region, as the share of manufacturing value added to Southern Africa’s GDP has failed to increase significantly over the last five years. This reality is one that needs to push us towards action,” she said.

She said the Sadc region was worst hit by the Covid pandemic due to economic structure, which continues to exhibit high levels of commodity dependence, low levels of industrialisation, limited value chains, and low levels of intra-regional trade, inadequate technological development and a scarcity of home-grown enterprises of all sizes to provide the much-needed resilience in the face of shocks.

Figures she presented show that the region contracted the largest by 4.8 percent in 2020 – representing a seven percent point drop in combined GDP from the 2019 levels.

In comparison, Central Africa only contracted by 2.7 percent, West Africa by 1.5 percent, North Africa by – 1.1 percent, with East Africa as the only region with a positive (although weak) growth rate at 0.7 percent during the same period.

She said the socio-economic fallout has also been particularly brutal all around and especially our region with businesses of all sizes suffering greatly, decimating many in the process.

“At the micro level – this means increased poverty levels, widespread unemployment and human development reversals (particularly in education, health and inequalities of all kinds).

“At the macro level, this has meant large contractions in tax receipts and fiscal space and decreased levels of much needed investments into productive sectors while increasing debt burdens for most countries in order to respond to the pandemic,” Kamwendo said.

She, however, noted that most countries in the sub-region have already pivoted to boost productive and industrial capacities through dedicated institutional frameworks for MSME development.

Kamwendo said agreements under Sadc and AfCFTA provide the opportunity to accelerate intra-regional trade for our sub-region which we are yet to take full advantage of in order to create the much-needed jobs to absorb the high levels of unemployment and underemployment – which continues to challenge us every day.

In his capacity as Southern African Development Community Chairperson, President Lazarus Chakwera launched the week in the presence of Mozambique President Filipe Nyusu.

Chakwera called on member states to be competitive by advancing the industralisation drive to avoid being seen as dumping grounds.