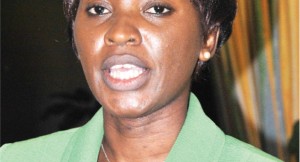 The Organisation tion of Economic Cooperation for Development (OECD) has rated Malawi’s pension industry among the fastest g rowing in the world following the sharp growth in pension savings and assets since the new Pension Act was enacted in 2011.

According to OECD, pension assets in Malawi grew by 35.5 percent in 2014 to about K241 billion and that pension assets now account for 13.3 percent of Malawi’s Gross Domestic Product (GDP).

One of the largest players in the pension industry, Old Mutual says the anticipated coming in of the civil service pension scheme will further boost the pension assets which are expected to double in value after a full rollout.

However, Old Mutual’s acting chief executive officer, Edith Jiya, said the increase in pensions will also give a challenge to the pension companies given the huge financial accumulations expected on the market.

“The coming in of the civil service pension scheme is a huge change but it also brings a challenge to us in the pension industry because government is the largest employer,” said Jiya.

“But it’s up to us to manage the new members as well as invest their funds wisely,” said Jiya.

Growth of pensions will soon be more visible through infrastructure development due to available funds on the financial market, said Jiya.

“This provides capital for investments that will eventually be used for infrastructure development and we can see that there will be more money locally and the country will not be relying on borrowing from outside the country,” explained Jiya.

Government plans to roll-out the civil service pension scheme with only a section of the civil servants in the current financial year, a move that would see about K50 billion being pumped into the pension industry through contributions and other costs.