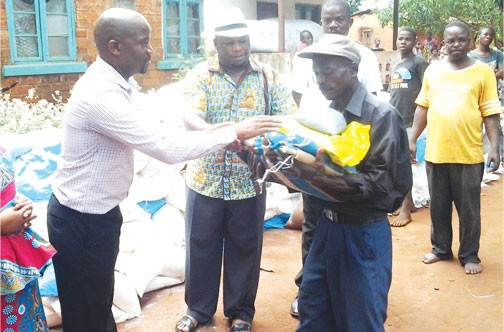 The Malawi Post Corporation (MPC) on Sunday donated relief items worth K2.4 million to 450 families in Mulanje Central Constituency who were affected by heavy rains earlier this year.

Each family received 10 kilogrammes of maize flour, one kilogramme of beans, a blanket and a plastic roofing sheet.

“As MPC, we have 183 post offices across the country so we feel duty bound when communities in the areas we operate face challenges,” said Itaye.

He said MPC decided to help the victims after an appeal by Member of Parliament for the area, Kondwani Nankhumwa, who is also Information Minister.

“Again we decided to donate to the communities in this area after noting that this area did not receive overwhelming attention from other private sector groups as compared to the Lower Shire,” said Itaye.

In his remarks, Nankhumwa thanked MPC for the people in his area.

He said over 2000 households were affected by the heavy rains.