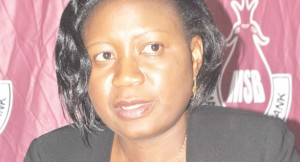 The Malawi Savings Bank has assured its customers countrywide of safety of their investments with the bank now that it is part of a stronger brand, FDH Financial Holdings.

MSB Marketing Manager, Brenda Chilima said even though the bank, suffered from bad publicity and threat of a bank run following the controversy surrounding its sale, all the bank’s outlets are open and operating normally.

Chilima was speaking during the first draw of the MSB Mponda Makwacha promotion which saw the bank doubling account balances of 11 customers to a maximum of K1 million.

“With the coming in of FDH Financial Holdings as a majority shareholder, MSB is now part of a stronger brand. This should bring excitement to our customers as, going forward, MSB can now offer better and wider products and services to its customers,” she said.

Chilima further assured Malawians that FDH will ensure that MSB complies with all the regulatory requirements set by the Reserve Bank of Malawi.