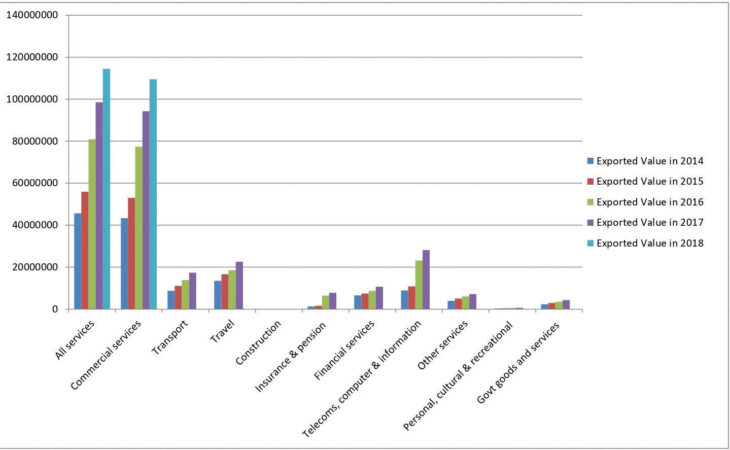 Malawi’s exports in services to the rest of the world increased by 153 percent in the past five years figures from the World Trade Organisation’s Trade Map show.

In 2018 commercial services export were on top valued at K109 billion.

However, the country continues to import more than it exports.

In the services sector, imports grew by 113 percent during the five-year period.

Commenting on the development, Economics Association of Malawi president, Chikumbutso Kalilombe, said the overall trend is similar to exports in goods.

“This still calls for Malawi to do more as a country in various sectors and making the environment right by sorting the constraints such as power challenges, bureaucracy in the investment process, incentives to exporters among others,” Kalilombe said.

Figures released by the National Statistical Office earlier this year showed that between 2017 and 2018, negative trade balance more than doubled to K2.7 trillion from K1.2 trillion, a sign that the country is still embracing imports more than locally produced products and services.