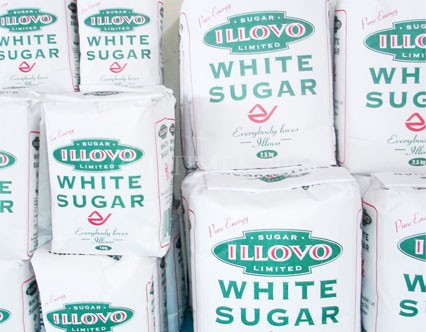 Malawi sugar earnings jumped by 51 percent in the first 10 months of 2014 thanks to higher sugar prices and increased traded volumes, the Reserve Bank of Malawi (RBM) has said.

In its October 2014 Monthly Economic Report , RBM says Malawi realised a total of K53.8 billion from sugar sales between January and October 2014 as compared to K35.6 billion during the same period in 2013.

RBM says during the period cumulative sugar volumes of sales amounted to 143.2 million tonnes, representing an increase of 14.4 percent from 125.2 million tonnes sold in a corresponding period last year.

“The higher earnings were on account of higher prices averaging K376,000 per tonne compared to an average price of K285,000 per tonne fetched in the corresponding period in 2013,” reads the report in part.

According to RBM, cumulative volume of sugar production amounted to 231.4 million tonnes, representing a decline of 5.6 percent from 245.0 million tonnes produced in a corresponding period in 2013.

The decline in production, according to RBM, was largely explained by factory technical challenges.

Cumulative tea sales amounted to 1.7 million kilogrammes at an average price of US$1.40 per kilogramme, from US$1.69 per kilogram fetched in a corresponding period in 2013. Total proceeds amounted to US$2.4 million for the period.

The lower prices in 2014 were attributed to increased production on the international market, says RBM.