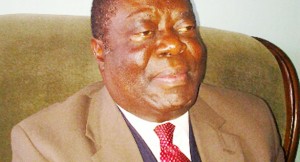 A Malawian taxation expert has criticised Malawi’s taxation system as being unfavourable to both local and foreign investors, saying some of the new taxes introduced recently in the national budget have just worsened the situation.

Former Malawi Revenue Authority (MRA) commissioner of customs and exercise, Emmanuel Kaluluma, said in an interview yesterday that the taxes being introduced in the country are contrary to efforts to encourage investment by the government.

“These taxes will not bring additional revenue. They will only slow down business growth,” said Kaluluma, who currently runs a tax consultancy firm in Blantyre.

He described Malawi’s tax system as prohibilitive and lacking attributes of a good tax system which promotes equity, simplicity and predictability.

He said amendments to the taxation system made by Minister of Finance Goodall Gondwe were ill-timed for the country which is grappling with various economic challenges.

Some of the new taxes or tax measures introduced in the budget include fining of any person who fails to demand or keep a fiscal receipt after purchasing goods and services, fining three times the Value Added Tax – VAT involved for failure to demand, retain or report refusal by a user to issue a fiscal receipt, consideration of interest not charged on a loan by a lender “as an income” even where the loan is from a foreign source.

MRA now determines the foregone interest at prevailing bank rate plus five percent per annum when calculating tax to be charged.

The government has also given powers to MRA to seal off premises of any person or business accused of offenses on VAT and electronic fiscal devises without a court order while duty and other import levies have been re-introduced on television and radio broadcasting equipment.

Kaluluma said with such “strange” tax measures, Malawi should not expect to attract investors.

“The timing is wrong. We need to do more, go out of our way to attract investors into the country,” said Kaluluma.

“The president is making efforts in that direction, but in my view, Treasury, without knowing, are standing in the way of such efforts,” he added.

Referring to the proposal to allow MRA to charge bank interest rate plus five percent as interest, Kaluluma noted that if an investor secures loan capital from some other source at cheaper rate, the tax system will charge interest at bank ruling rate in Malawi, a situation he described as scary to foreign investors.

Gondwe said the tax measures were aimed at assisting government finance its activities in the absence of donor support.

Gondwe said the tax measures would concentrate on improving administrative efficiency, encouraging tax compliance, and broadening the tax base in order to generate more domestic resources.

The Institute of Chartered Accountants in Malawi (ICAM) and the Malawi Confederation of Chambers of Commerce and Industry (MCCCI) said earlier that unless the government reverses some of taxes, no investor would come into the country and that some businesses would even withdraw from the market.

Auditing firm Deloitte did an analysis of the taxes which showed that some businesses, especially multinational corporations, and consumers “would suffer” as a result of some of the taxes and provisions.