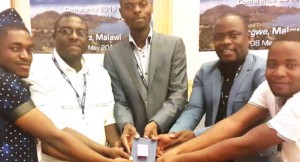 The Malawi Communications Regulatory Authority (MACRA) embarked on the project in partnership with the Physics Department at Chancellor College to provide broadband connectivity to rural Malawi at affordable cost using the identified gaps, referred to as white spaces, in the television of Ultra High Frequency (UHF) band.

The Project is being done in collaboration with the Marconi Wireless Lab at the International Center for Theoretical Physics in Trieste, Italy.

The first phase of the project saw the deployment of the network at Malawi Defence Force Airwing, St Mary’s Girls Secondary School, Pirimiti Health Centre and Chancellor College in the old capital, Zomba.

Hosted by the Government of Malawi, through the National Commission for Science and Technology, and Supported by the European Commission (EC) and African Union Commission (AUC), IST-Africa May 2015 was the tenth in an annual series of Ministerial Level Technology Research Conferences.