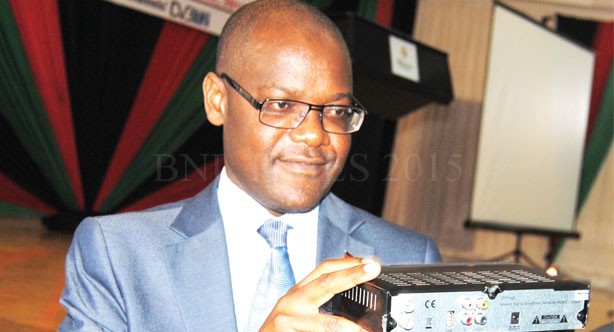 State owned Malawi Broadcasting Corporation (MBC) missed out at a government-organised launch of the digital migration public awareness campaign in Lilongwe where government announced that it will subsidise the price of a digital television decoder, known as Set Top Box (STB).

The launch is government’s effort to ensure that with June 17, 2015 the day Malawi will join the rest of the world in migrating from analogue to digital broadcasting drawing closer, it should not be caught napping.

Although, all the placards, programme and communication at the event indicated that Minister of Information, Tourism and Culture Kondwani Nankhumwa would preside over the launch, he was also noticeably absent and the gathering had to wait in vain for him, only to be told Minister of Justice and Constitutional Affairs Samuel Tembenu would preside over the launch instead.

Nankhumwa said he is equally surprised that MBC did not mount its pavilion at such an important event.

“MBC indicated that it will be present at the launch but I didn’t know that they did not mount their pavilion and I would not be in a position to know why they did not,” said Nankhumwa.

Acting Director General for MBC Aubrey Sumbuleta only laughed when asked why his institution was not present.

Tembenu said President Peter Mutharika has directed that the price for an STB be reduced from K25, 000 to K20, 000 to enable Malawians access them.

“Furthermore, government will see to it that subsequent consignments of the digital decoders shall be sold at a much lower price, so that most of Malawians, especially those in rural communities can afford them,” he said.

Tembenu said digital broadcasting is a new phenomenon which will affect the broadcasting industry, consumers and the Malawi nation.

“However, currently, there is little or no awareness among the citizens on digital broadcasting, a situation which may result in people being not ready and willing to transition from analogue to digital television broadcasting and yet the migration deadline is fast approaching,” he said.

The Minister said it is for this reason that Government, through the Ministry of Information, Tourism and Culture intends to embark on an intensive, efficient and effective nationwide public awareness campaign to make the public aware of how to migrate from analogue to digital television broadcasting.

“The launch of the public awareness campaign today clearly indicates Government’s commitment to ensuring that the Malawian population has adequate relevant and accurate information necessary for them to understand, appreciate, and be ready and willing to migrate to digital broadcasting,” he said before adding:

Since Government commissioned the digital television network in December, 2013 only nine out of 18 local television channels are on the network.