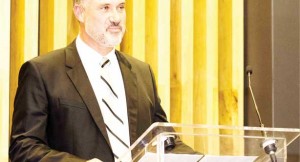 The Mercedez-Benz group of companies in South Africa last Thursday posted its financial results for the 2015 financial year with total revenue for the group at R65.8 billion.

This represents a substantial revenue increase of 45 percent on the previous year.

Earnings before tax for the business also recorded a 52 percent growth to end at R4.67 billion.

In the year under review, according to the annual financial report, the company made a total sales of 24, 608 cars, beating its nearest competitor by 3,000 units.

Presenting the results to stakeholders at its East London plant, CEO and Executive Director for the company Arno van der Merwe also unveiled plans to tap the existing potential in the regional countries including Malawi.

Recently, the group of companies also announced the opening of its regional centre for commercial vehicles, paving way for further excellence and customer dedication in the entire region.

“The centre will be in charge of commercial vehicle sales and service support in South Africa, Namibia, Botswana, Zimbabwe, Mozambique, Malawi, Zambia, Lesotho and Swaziland in partnership with dealer network and general distributors in these countries,” said Van der Merwe.

While targeting other regional markets, Van der Merwe hinted of plans to scale up production and service units in other parts.

He said through the drive, the company would attempt to further improve efficiency while increasing capacity by removing bottlenecks in production process.

Mercedes-Benz is a wholly owned subsidiary of the global company, Daimler AG.