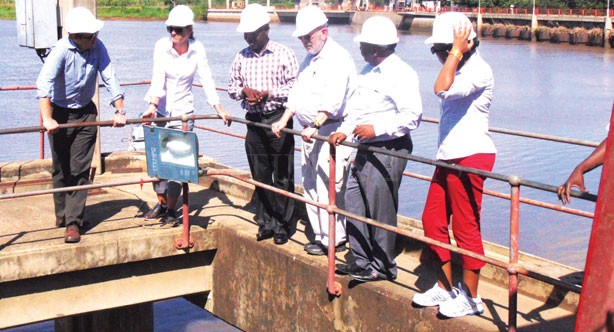 The United State government’s Millennium Challenge Corporation (MCC) says it does not see the return of political problems in Malawi that could interrupt the implementation of its five-year US$350 million energy support programme in the country.

MCC deputy vice president, Jonathan Bloom, told journalists when he toured Nkula Hydro Power Plant in Mwanza on Tuesday that MCC is optimistic that the Malawi Compact Programme would not be suspended again due to concerns on governance.

“We see no prospect of a worsening political environment that could justify another suspension,” said Bloom.

“Of course suspension is a decision of the board but things must really reach extreme conditions for a programme to be suspended,” said Bloom.

He said MCC believes that Malawi has passed through the period of worst political problems and does not see the country going through that again anytime soon.

Bloom said Malawi was the first programme which had been resumed after suspension and believes the lifting of the suspension demonstrate progress the country achieved in addressed problems that necessitated the stoppage.

Bloom described his visit to Malawi as a great opportunity to see first-hand the investment MCC is putting up in Malawi.

He said the project is among other things supporting Escom to modernise and expand its infrastructure, some of which is 35 to 50 years old.

He said apart from touring proposed project sites, he has also held meetings with officials from the Ministry of Energy, the Ministry of Finance and the Malawi Energy Regulatory Authority (Mera) to understand where things are with the project and what needs to be done to make sure that it remains on schedule.

He said the MCC project supports countries that are well governed to invest in their people and that the projects run for five years, with Malawi already one-and-half years into implementation.

“And the start has been excellent,” said Bloom.

He said for example that a lot of reforms have been undertaken at Escom although there is much to be done.

“The good thing with Escom is that it has the resources. What we have done is to support studies to diagnose problems and indentify what needs to be done. With the resources it has, Escom has the potential to rise to the occasion,” said Bloom.

Millennium Challenge Account – Malawi (MCA-M) chief executive officer, Susan Banda, said contracts for physical projects will start being awarded in the next several months and that about US$200 million could have been committed by the end of the year.

So far, said Banda, about US$20 million has been spent from the project amount.