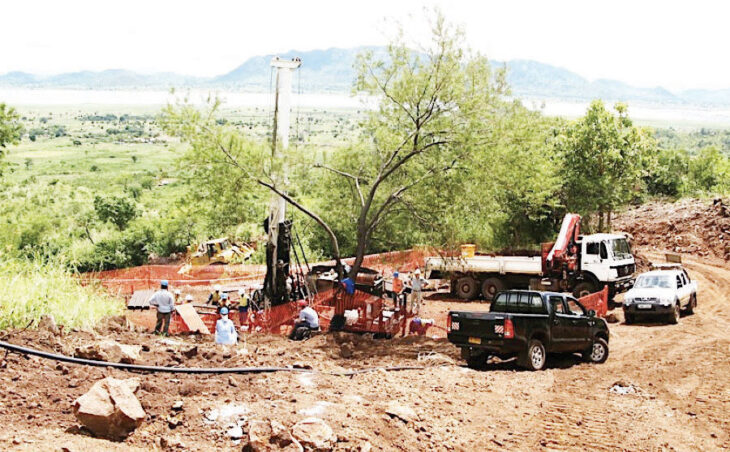 Representatives of Mkango Resources Limited and officials from the Ministry of Mining have indicated that progress in achieving planned activities in the run-up to the company rolling out mining operations in the country, has stalled due to delays in coming to terms over a Mining Development Agreement (MDA).

An MDA is a contract that governs the relationship between the government and a licence holder for the exploration of a certain area of land for minerals or for the mining of minerals, in a certain area, in exchange for royalties, taxes and other obligations.

The company is conducting exploration works for mining of metals such as Neodymium, Praseodymium, Dysprosium and Terbium at Songwe hill in Phalombe district.

In an interview, principal secretary in the Ministry Joseph Mkandawire disclosed that there are a number of outstanding issues in the MDA that the government is waiting on the company to agree on before proceeding with their plans.

“Some of the issues are hinging on the Act and they are proposing to reduce some of the sections. We are saying it will not be right because our Act is quite progressive and it is consistent with what is offered in the region and on the international scene.

“…for example there are issues that we call fiscal burden, we have our own fiscal regime which is under the Taxation Act and they want us to waiver some of those things but it doesn’t augur well because we want to have a win-win situation but, for now we will wait for them to come back to us on what we had proposed,” Mkandawire said.

In a separate interview, country manager for MKango Resources Burton Kachinjika said other representatives of the company are expected to arrive in the country next month to continue negotiations on the MDA.

“These negotiations take long and they involve a lot of people; so, our lawyers have been looking at what the government offered and they will be engaging the authorities soon but this delay has disrupted our plan in such a way that in this month we were supposed to be looking for financiers because we anticipated we would have finished with the MDA by December last year.

“One of the issues is that we will be looking for finances from foreign financial institutions, because really local institution wouldn’t have the muscle, now these foreign institutions have their own checklist which in some cases does not correspond with the local Act,” Kachinjika said.

However, he patriotically expressed hope that the negotiations would be finalised for the country to start earning some foreign exchange to help in sustaining the economy.

Recently players in the mining industry have indicated that the country has a long way to go before it starts reaping fruits from the sector, if mining operations are not supported with cheap electricity, such as from the national grid.

This is coming at a time the country is banking on the sector to transform its fortunes amid economic turmoil witnessed by a weak export base, a huge trade balance, rising inflation and depleted foreign exchange reserves.