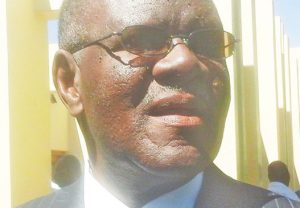 Malawi is expected to start tapping power from neighbouring Mozambique in 2022 through the power interconnection project, a move expected to help solve energy woes facing the county.

Malawi would be getting at least 50 Megawatts (MW) of electricity at the onset, upon commissioning of a power line from Mozambique to Phombeya sub-station.

The project will interconnect the Malawi and Mozambique power systems at 400kV, through transmission line from Matambo substation in Tete Province in Mozambique to Phombeya substation in Balaka in Malawi.

Massi said the additional power the country will get from the project will lead to social economic development.

“Malawi expects to get at least 50MW from Mozambique at the initial commissioning of the line. The country is also expected to get additional power through the line from South Africa and the region. The project will make a significant contribution to improvement and growth in manufacturing, agro-processing, the service sector and the tourism among others,” Massi said.

He said the interconnector is critical to Malawi because apart from the connection of the power systems between the two countries, Malawi will also be connected to the Southern African Power Pool.

Tonela said the signing of the agreements is an indication that Mozambique is committed to strengthen cooperation with Malawi for the benefit of people of the two countries.

“The signing of the agreements is an important step towards regional integration,” he said.

The PPA with EDM is for a period of five years, subject to renewal.

The World Bank, German KfW, European Union and the Norwegian Trust Fund have provided financial support towards the project.