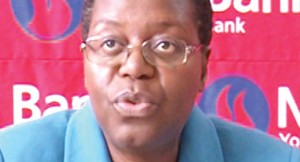 NBS Bank has apologised for a system failure that prevented its customers from making transactions in its banking halls since Monday morning.

The system failure made NBS banking halls nationwide inaccessible as some services could not be conducted.

“Our system was not able to process transactions,” she said.

She said, however, that the bank has taken all efforts to rectify the problem and that customers were still able to transact through alternate services.

Mandoloma also assured the bank’s customers that their money is 100 percent safe.

She said the IT department at the bank is working tirelessly with hardware providers to get to the root of the problem and ensure that the problem does not occur again.

Banking halls were expected to re-open before the close of banking on Tuesday.