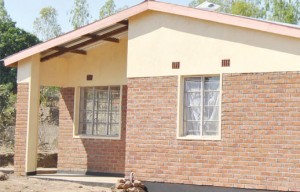 By the close of the promotion end August, one lucky customer will walk away with a house worth K15 million.

Speaking after the draw, NBS Bank head of human resources, Gabriel Masaiti, said the promotion has already brought in return on investment by NBS as more new customers are flocking to open accounts with the bank.

“We are impressed with the reaction from both existing and potential customers to the promotion. We have already registered commendable success within the first month of the promotion,” he said.

He said the promotion is targeting the bank’s retail customers and is aimed at recognising them while attracting new customers.

During the draw on Friday, one customer only identified as Bwanaope, of NBS Zomba Branch won K50,000, Charity Kalua, of NBS Old Town Branch in Lilongwe walked away with K 100, 000 while another customer identified as Nkhoma of NBS Kasungu Branch won K150, 000.

The promotion commenced in May.