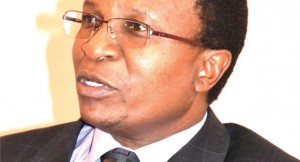 The New Finance Bank (NFB) has said plans are in the pipeline for the financial institution to expand its presence to all corners of the country.

NFB deputy chief executive officer, Gilford Kadzakumanja, says plans are in the pipeline for the financial institution to expand its presence to all corners of the country.

Speaking in Lilongwe during the first draw of NFB’s first ever promotion dubbed Kunyada ndi Mkango – Kadzakumanja said as it works on reaching out to all Malawians, FNB wants to introduce unique services and products.

Currently, the bank has two outlets only; one in Limbe, Blantyre and another one in Lilongwe’s City Centre – where the draw took place.

“We want Malawians and non-Malawians alike to have access to quality products and services which we are offering,” said Kadzakumanja.

He added that plans are at an advanced stage to have FNB outlets at Lilongwe’s Gateway Mall and Old Town apart from Blantyre Central Business District.

The grand draw will see the winner walk away with K1 million, and is expected to be held towards the end of July.

FNB was licensed by the Reserve Bank of Malawi in May last year and was incorporated by the Companies Act in July the same year.