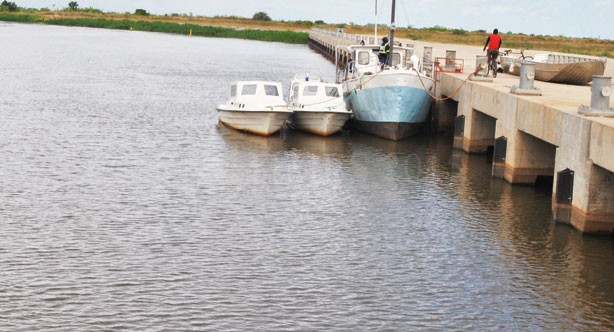 The results of the long-awaited feasibility study that will determine the future and potential investment projects on the Nsanje Inland Port have been released.

Minister of Transport and Public Works Francis Kasaila has confirmed the development.

However, Kasaila said he could not yet disclose what is contained in the document until the Environmental Impact Assessment (EIA) report is completed by end of March.

He said the assessment, which was commissioned simultaneously with the feasibility studies, has delayed due to other technical challenges.

“When both documents are ready in May, the three countries; Malawi, Zambia and Mozambique will meet to discuss the way forward,” said Kasaila.

The minister also hinted that the port has attracted the attention of investors from the Southern African development Community (Sadc) as well as local companies, among them Export Trading Limited and Mota Engil.