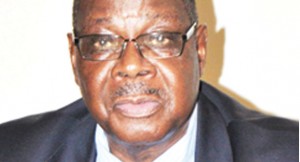 The People’s Republic of China Vice Minister of Commerce Qian Keming is expected to jet into the country on Sunday to discuss investment projects in Malawi that are funded by the Chinese government.

Minister of Industry and Trade Joseph Mwanamvekha said the visit is crucial as government will take the opportunity to discuss with Keming infrastructure development projects that need funding.

He confirmed Keming will arrive on Sunday and will hold bilateral meetings with President Mutharika on Monday afternoon.

“Keming’s visit will centre on trade and investment discussions. China assists us in several areas and we would like to discuss current and future projects with them,” he said.

Mwanamvekha further said while in the country, Keming will unveil the Lilongwe Agriculture Technical Development Centre which is being funded by the Chinese government.

He also said the minister will have time to visit some greenbelt projects which are also funded by his government.

“During his visit, the government will push for the completion of the national stadium in Lilongwe and also the construction of the Mzuzu Youth Centre, which will be a vocational training institute for the youth,” said Mwanamvekha.

He also said the government will also discuss with Keming infrastructure development projects that will need funding.

Mwanamvekha said capacity building issues will also be discussed as there is a need in the country.