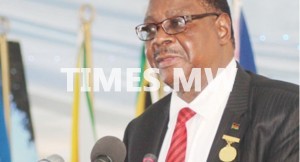 President Peter Mutharika says he expects the country’s cost of borrowing to decline by next year as inflation continues to soften.

Mutharika said this in Lilongwe yesterday in a statement broadcast on MBC radio and television on the achievements of the Democratic Progressive Party’s administration in the one year it has been in power.

Currently, Malawi’s base lending rates by commercial banks averages 38 percent, a development which means borrowers have to cough over 40 percent when banks add up other fees such as risks.

Mutharika said in the past 12 months, inflation has declined to 18.3 percent from 24.2 percent in November 2014 largely due to the relative strengthening of the Malawi kwacha supported by declining pump prices of fuel.

He estimated the economy to have grown by 5.5 percent and expects it to rebound to higher levels averaging 7 percent from next year.