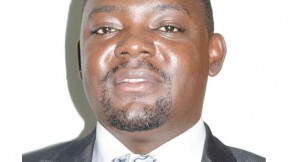 Indebank Marketing Manager, Maxwell Ng’ambi, said yesterday that the promotion ends on Friday July, 17 and encouraged customers to make good of the remaining days and stand a chance of scooping any of the various prizes.

Indebank launched Phwamwamwa promotion on April 17, 2015 with an aim of mobilizing deposits and rewarding existing and new customers who deposited a minimum of K20, 000 in any Indebank savings account.

According to Ng’ambi, with an investment of K1 0 0 , 0 0 0 and above , customers will enjoy double entries into the last monthly draw and the grand one too.

“Of course customers whose deposits remained in the account for the entire three months period of the campaign will have their entries into all draws quadruples,” said Ng’ambi.

“We are calling on all those that want to win a good prize and earn competitive interest rates on their savings to visit any Indebank nearest service centre and deposit a minimum of K20,000 into any savings account or open one if they are yet our customer” he said.

According to Ng’ambi, the grand draw will be held next week on Wednesday July 22 at their Head Office in Blantyre where winners will be announced.

Since the launch of the campaign, five draws have been conducted and 132 lucky customers have won various prizes.

The first iPhone 6 went to Laston Masumba of Henderson Street, while the other went to Patricia Mnyenyembe, a Lilongwe based businesswoman who owns a number of saloons.