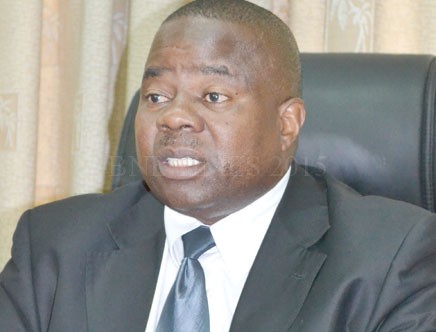 The country’s National Quality Policy has recommended the separation of some of the roles of the Malawi Bureau of Standards (MBS) for it to concentrate on ensuring adherence to modern and internationally accepted standards by the local industry.

The policy recommends formation of a national metrology institute to be backed up by a Metrology Act, as well as separation of regulatory functions from the bureau into a separate body mandated to regulate standards and technical specifications.

The policy, under the Ministry of Industry and Trade, is – among other things, aimed at improving national quality assurance infrastructure as well as creation of an enabling quality enforcement environment.

It includes several recommendations to key stakeholders and institutions, including MBS which has given itself three years to implement some of the recommendations.

The recommendations were made after noting technical and financial challenges hindering the provision of standardisation, quality assurance, accreditation and metrology services in Malawi.

One of the challenges is the lack of testing facilities at MBS to the point where exporters have to seek such services from other countries for the certification of their products, in the process incurring high costs and making themselves uncompetitive in pricing.

The Malawi government has since made a commitment to help MBS improve its infrastructure.

The first of the seven outputs is to strengthen the capacity of the bureau for it to deliver business services for the achievement of financial sustainability.

A team of international consultants supported by the United Nations Industrial Development Organisation (UNIDO) and European Union (EU) was engaged in order to assess Malawi’s situation in comparison to international best practices in line with the national policy.

An interim report on the assessment compiled by consultant, Geoffrey Visser, observes – however, that whilst it is ideal to separate the bureau’s operations and form new entities, rushing the process might end up forming two unsustainable organization entities.

“The key difficulty of splitting the functions from the MBS as it stands at the moment is that at present the functions are every interrelated, in particular the functions associated with the enforcement of compulsory standards and the product certification scheme”, read the report

The consultants said instead of separating MBS’ operations, the bureau must reorganise its functions into divisions that are independent on one another and operate in the areas related to the distinct mandates under the quality infrastructure.

“In the process of the bureau reorganizing itself, it should cater for cost centres to allow reporting of income and expenses at business unit level, commission marketing agency to develop brands and identities for the divisions based on functions and long term strategies, among others,” read the report

However, with the absence of legal provisions of the proposed approach, the report proposed implementation of the interim model to take place within the existing mandate as the MBS Act caters for all of the functions as well as access to fund the non-profitable services.

“I’m hopeful that with the support that we are receiving from the government and our development partners, we will be able to achieve all the seven outputs expected within the stated three years,” said Chokazinga.