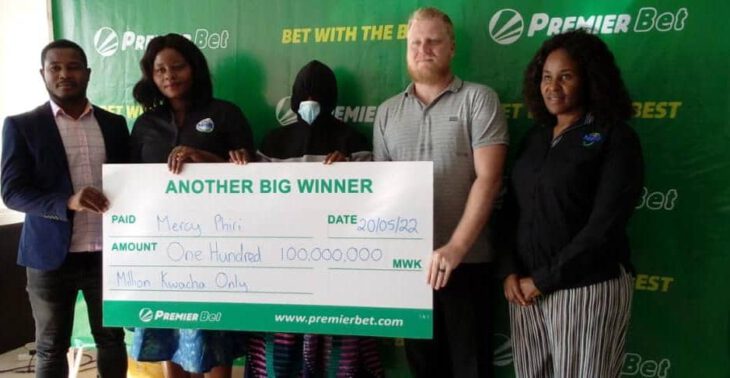 Relevant authorities have been asked to thoroughly investigate Premier Bet’s recent announcement that a mysterious lady, Mercy Phiri, won a K100 million lotto playing Aviator. Social commentators believe the win was bait to drive people to play the game and that the win itself was made up.

Writing on Facebook, Bwanali claimed that the news stories published by various media houses about the win are similar and may have been written by the same person.

“We also got suspicious technically with the winning ammount of K100 million.

“During the first article that was shared to the media houses, it never mentioned that Mercy Phiri was not her real name.

“The media houses edited that only after we raised a query to them.

“Premier Bet also immediately after our suspicious deactivated the game from their website till the time of sharing this article to the public.

“Reality on the Ground is hereby confirming without fear or favor that the Premier Bet lied to Malawians that there was a woman who won K100,000,000 on 20th May 2022 through playing Aviator Game,” said Bwanali.

He then demanded an apology from Premier betting and threatened to take the issue to court.

Commenting on the his post, some Malawians agreed saying the way the game works, the winning amount increases slowly and it’s easy for someone with K280 bet amount to cash out when winnings reach K1 million or K5 million.

“I wondered how come some one with 280 and 220 being so patient seeing money multiplying like that,” one person said.

Social commenters said they would report the matter to Malawi Gaming Board and the Competitions and Fair Trading Commission.

Yesterday, the National Lotteries Board (NLB)/ Malawi Gaming Board released a statement defending Premier Bet over the issue.

Signed by Licensing Manager Mirriam Kumbuyo, the statement says the winner opted not to use her true identity for personal reasons and she also used a proxy for the purposes of presentation of the dummy cheque

“Our preliminary investigations indicate that the winner has been paid her prize by Premier Bet. This has been independently verified by NLB,” said Kumbuyo.