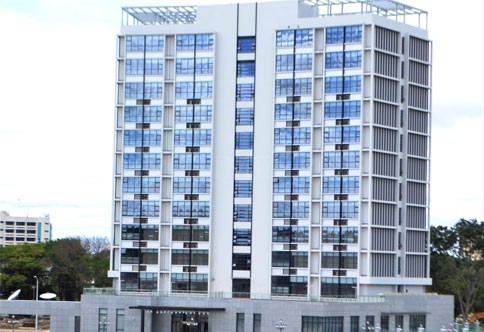 The President’s Hotel will officially open its doors on May 1 with prospects of creating 100 jobs.

The opening of the hotel will coincide with the grand opening of Umodzi Park which comprises the President’s hotel, the Bingu International Conference Centre and the presidential villas.

According to Chief Executive Officer of Umodzi Holdings Charles Kacherenga the group is on schedule to meet the deadline with only minor refurbishments needed ahead of the launch.

“We have opened the hotel on a trial mode as we await the grand opening, but all the sections here are operating,” said Kacherenga.

The US$90 million facility was completed in 2012 but remained closed following the controversial identification of an operator as changes of governments saw different interests on who was to be awarded the lucrative business to run the facility.

The facility has provided direct jobs to about 100 people but the figure may go up to 300, according to Kacherenga.

Government borrowed US$90 million (about K39 billion at the current exchange rate) from the Import and Export Bank of China to construct the Umodzi Park facility that includes the 130 room hotel, BICC and the 14 presidential villas.