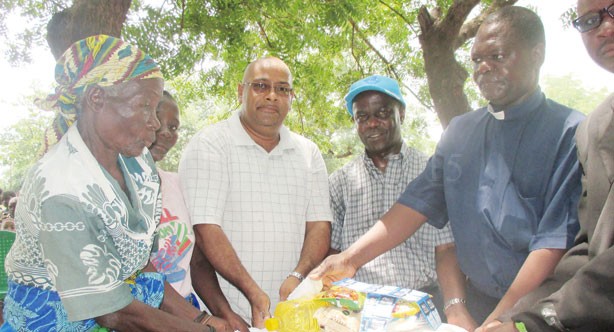 PressCane Malawi Limited has come to the rescue of flood victims who are not in camps in Salumeji, Traditional Authority Katunga, in Chikwawa.

Press Corporation Limited general manager for energy operations, Ken Mthuzi, said through their subsidiary PressCane, they are concerned with the suffering of the people.

“We saw it as important to reach out to them to alleviate their suffering,” said Mthuzi.

He disclosed that the company is considering doing environmental rehabilitation for the affected area if finances permit.

One of the affected individuals Modesta Kacheto said most people are lacking building materials since most houses have fallen down.

PressCane some weeks ago also supported the Chikwawa District Council with transport to ferry relief items to distant affected areas.