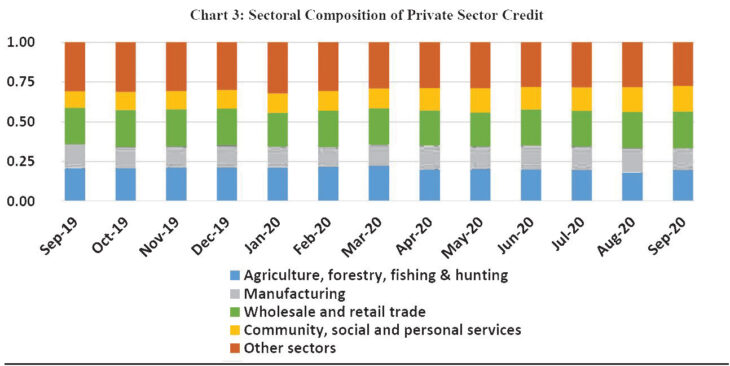 Economic experts have expressed worry over the government’s growing appetite for borrowing, saying it would stifle the country’s economic growth prospects and continue crowding out private sector players.

The economists— Collen Kalua, who is Director of Research at Research and Development Associates, and Catholic University lecturer Frank Kamanga—were reacting to credit trends as portrayed in the September Monthly Economic Review which the Reserve Bank of Malawi (RBM) published on Tuesday.

The report shows that public sector debt grew by K79.1 billion to K1.1 trillion during the month under review.

It says there was increased recourse to central bank financing of the budget, as net-credit to the government rose by K59.1 billion to K332.3 billion explained by drawing down of K78.2 billion of government’s deposits with the central bank, to K165.5 billion.

“During the same period, government issued K13.8 billion Treasury Notes to the central bank and this raised total holdings of Treasury notes by the RBM to K488.7 billion as of end-September 2020. The above, notwithstanding repayments of K32.9 billion maturing Treasury bills, somewhat suppressed the level of government’s net indebtedness with the central bank.

However, at 16.4 percent, growth in private sector credit remained lower than 17.7 percent recorded in September 2019.

Monthly, private sector credit increased by 6.8 percent to K612.6 billion in September 2020 compared to a moderate expansion of 2.6 percent in August.

Reacting to the development Thursday, Kalua said the government should consider spending within its set ceiling.

“When government borrows a lot, it chokes private sector borrowing which will deter players from growing and then the economy does not grow. The government has to reduce expenditures by slowing down on borrowing from the banks,” Kalua said.

On his part, Kamanga said credit levels were at an all-time high in most countries across the world.

“In Malawi, this situation is not problematic because, at the moment, inflation is low. Actually, due to low levels of inflation, the central bank has adjusted downwards the policy rate and this is to avail more liquidity and credit of the economy to help take the economy out of recession,” Kamanga said.