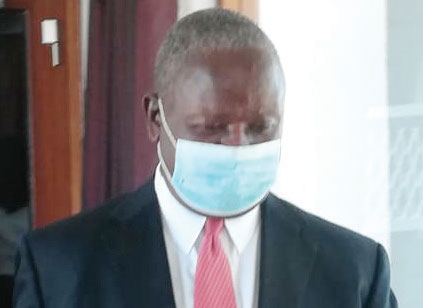 Government’s insatiable appetite for borrowing persists, evidenced by a surge in total public debt stock by 32 percent to K5.5 trillion as at mid this year, representing 59 percent of gross domestic product (GDP).

An Annual Public Debt Report from the Ministry of Finance’s Debt and Aid Management Division show that the debt stock went up from K4.1 trillion (48 percent of GDP) in June 2020.

And the Treasury spokesperson Williams Banda is on record to have said that the government is devising ways of reducing borrowing.

External debt grew by 14 percent during the period under review, lower than the 42 percent acceleration in domestic debt.

The external debt stock consisted of 73 percent Central Government debt and 27 percent central bank debt in June 2021 as compared to 87 percent and 13 percent in June 2020, respectively.

In an attempt to meet the ever rising needs, the government has been resorting to borrowing while pushing the burden of loan repayment to the next generation.

“Multilateral creditors continued to account for the largest proportion of Malawi’s external debt and the share increased by 17 percent in June 2021. Commercial creditors followed and increased holdings by 8 percent.

“Bilateral creditors were the least and increased their holdings by 10 percent,” the reporting.

At a holding of $1, 161.78 million or 32 percent of total external debt, the International Development Association remains the largest creditor to the government, according to the report.

The second largest creditor is the Africa Export Import Bank with a holding of $644.62 million or 18 percent of total external debt followed by African Development Fund and International Monetary Fund at 12 percent each.

Malawi is gradually crawling back to the pre- Heavily Indebted Poor Country and Multilateral Debt Relief Initiative state when, in 2006, it got relieved of its external debt.