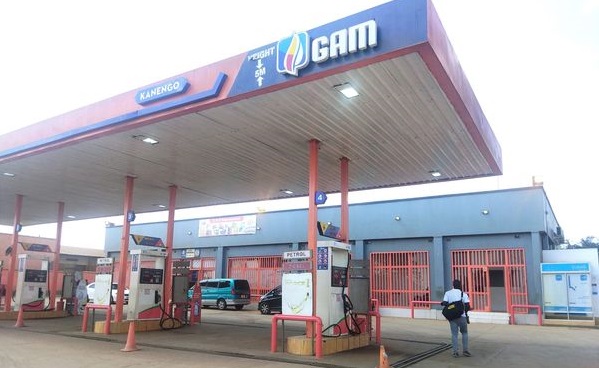 Members of Parliament have raised concerns over the dubious sale of a filling station belonging to businessman Gelson Mkweza following a High Court ruling.

Legislator for Mulanje Bale, Victor Musowa, said Parliament will discuss the issue of the filling station to deal with what he described as impunity of the highest order in Malawi.

Mkweza lost the filling station earlier this week after it was sold at K610 million. The sale came after the High Court ordered Mkweza to pay K747 million businessperson Alfred Gangata who complained that Mkweza confiscated keys for one of his vehicles to force him (Gangata) pay K1.5 million for fuel which he bought on credit.

Reports indicate that businessperson Alfred Gangata of Master Limited asked Mkweza for fuel worth K1.5 million for his borehole drilling fleet which was in Dedza around 2019. After the drilling trucks were fueled, Gangata allegedly started playing hide and seek.

Mkweza later confiscated the keys of one of the drilling trucks but Gangata allegedly changed ignition system of the values.

Later, the two businesspersons made a deal that Gangata would drill a borehole to cover the amount owed to Mkweza. However, the drilling of the borehole was allegedly never completed and this led to a fresh battle.

Gangata then went to the commercial high court to complain that the confiscation of the keys had seen him lose K747 million.

In June this year, a Judge ruled in favour of Gangata and ordered the sale of the filling station plus a warehouse. Mkweza’s bank accounts were also frozen by the court.

Realsim Company owned by Bishop Abraham Simama has since paid K610 million Kwacha for the filling station in Kanengo which Mkweza values at more than K2.5 billion Kwacha.

Mkweza has appealed against the lower court decision to the Supreme Court of Appeal.

Meanwhile, Malawians have condemned the  High Court over the way the issue was handled.

“Corruption in Malawi is everywhere. The way courts rush to conclude cases ndi umbava weni weni (smacks of theft). Give the people space to make a deal. I thought courts are encouraging out of court settlements,” said Kondwani Bell Munthali on Facebook.

Also writing on Facebook, Patrick Matabwa said: “Malawian judiciary, very shameful to our judges, judges who knows no justice but money through the courts, why turning our courts to be a source of open robbery to Malawian citizens instead of justice??? I feel sorry for our beloved country.”