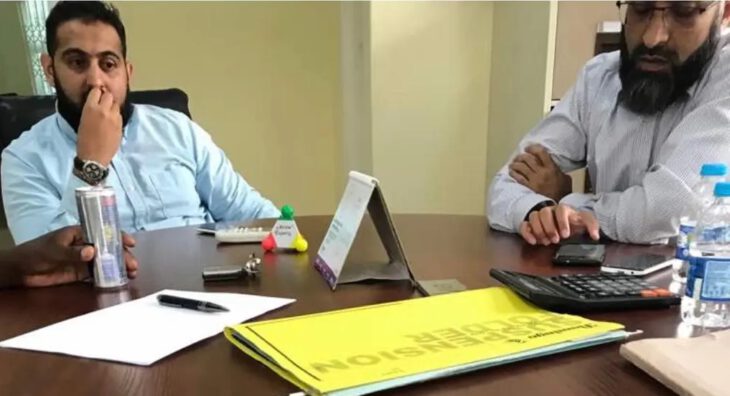 Both the Reserve Bank of Malawi and the Financial Intelligence Authority (FIA) have cleared Victoria Forex Bureau over allegations that it runs an illegal bank.

This follows a story by the Platform for Investigative Journalism which alleged that the forex bureau’s owner Zubair Osman uses the organisation as a front for an illegal bank.

But the central bank’s spokesman Davie Ndege said RBM has never investigated Victoria Forex Bureau for illegal transactions or any violations related to the abuse of its license.

“RBM conducts periodic on-site inspections and off-site analysis of the business of all licensed forex bureaus in Malawi to check compliance with the relevant laws and regulations and we have never found anything wanting with Victoria Forex Bureau,” he said.

On their part, FIA spokesman Masautso Ebere said they are not aware of any illegal bank that is operating without a licence in the country.

In an interview, Zubair Osman’s lawyer Lusungu Gondwe of Ritz Attorneys said he is not surprised by RBM’s declaration as it validates their earlier claims against his client.

“We are not surprised that RBM finds nothing incriminating on our client. It is exactly what we told PIJ. Yet they proceeded to publish what really is by all standards a very unauthentic story, a story with no grain of truth,” he said.

“For starters, our client has it on good authority that Max Pathan does not exist. He should merely produce his IDs so that everyone can see the truth. The guy is a ghost. Yet he is PIJ’s key source. Added to that, our client does not deposit K400 million daily with National Bank of Malawi Plc and we can provide bank statements to you with proof,” he said.

He added that another issue that raises doubt over the whole story is that the mobile numbers quoted in the article are not Osman’s.

PIJ reported that UK national Zakir Mussa has dragged Osman as well as Moshin and Mohammed Mussa for allegedly swindling him of K3 billion that he had loaned out to the Mussa brothers.

But Gondwe contends that the case was already dismissed by Judge Msungama last year.

“In any case Mr. Zakir Mussa sued our client before Justice Msungama who clearly held that it seems Zakir Mussa is uncertain regarding who he must go after. The Judge dismissed Zakir Mussa’s plea to proceed against our client. Zakir Mussa was even condemned to pay costs to our client,” he said.

In the case, Zakir sought to add Osman to a case where he was suing the Mussa brothers, case number 226 of 2020 in the Commercial Court.

Part of the judgement reads:

“I have formed the impression that the claimant is somehow uncertain on who he should pursue in relation to the funds in question. In one breath, the claimant contends that the defendants received the funds and yet in another breath he seems to be saying the intended defendant did not follow his instructions when he got the funds from the claimant and failed to pass the funds to the defendants. These two allegations of fact are inconsistent with each other.”

Gondwe further alleges that what is clear is that Zakir Mussa simply wants to harass Osman.

“Our client believes that all this negative publicity caused by Zakir Mussa is as malicious and capricious as it is in bad faith. If Zakir Mussa believes he has a strong case, he should pursue the same in court. Not resorting to media harassment,” he said.

On its part, PIJ says it welcomes the findings from RBM and FIA but says it cannot comment further.