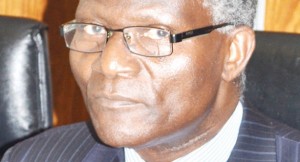 Malawi Stock Exchange listed insurer, Real Insurance has posted a K321.5 million loss in the first half of 2015 as claim provisions increased, the company said Wednesday.

This is compared to a profit of K27.6 million posted during the six months of last year.

Despite the economic challenges that characterised the first half of 2015, Kanyuka said the company grew by 38 percent with gross underwritten premiums of K2.124 billion against K1.54 billion during the same period last year.

He further said Nico’s assets grew by 44 percent buoyed by an increase in deposits from K1.01 billion to K1.4 billion and receivables from K452 million to K753 million in line with premium growth.

Liabilities, on the other hand, shot up by 66 percent due to an increase in unearned income which, according to Kanyuka, is a result of increased gross written premiums and increased claims reserves.

Looking ahead, Kanyuka said the purchase of 65 percent shareholding by British American Investment Company (Kenya) Limited has resulted in the company taking a huge leap forward whose fruits will be seen in the near future.