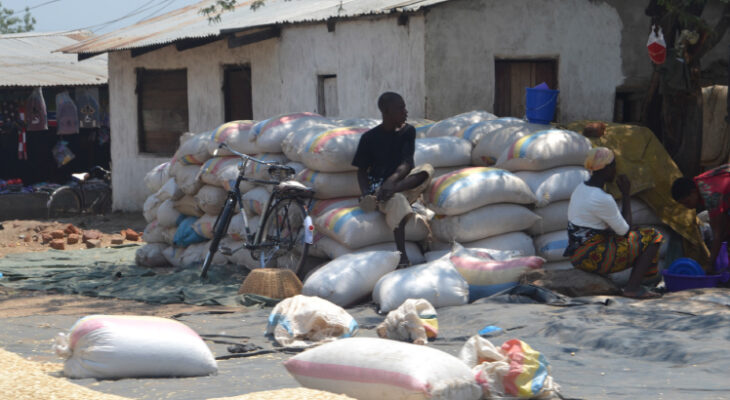 Reductions in household purchasing power are driving an increase in acute food insecurity among the urban poor, the Famine and Early Warning System Network (Fewsnet) has said.

In its food security outlook published on Thursday, the Usaid-funded activity said outcome analysis using the Fewsnet Household Economy Approach they established that very poor and poor households in the South experienced a 10 to 25 percent reduction in income from crop sales, with an additional reduction in petty trade and other self-employment income of up to 25 percent.

Chiutsi: We fail to borrow because the rates are very prohibitive

Reads the analysis in part: “Given concurrent declines in household income due to high inflation and lower employment opportunities, these trends have reduced household purchasing power and access to food.

“Poor households face constrained financial access to food due to increased food and non-food prices and reduced household incomes, impacting household purchasing power. As a result, poor households in southern Malawi and some districts in central Malawi are facing stressed and crisis outcomes.”

The main drivers for the higher prices include reduced crop production in the South, prolonged closure of Admarc markets that sell subsidised food, high inflation, macro-economic challenges as well as above-average informal exports into neighbouring countries.

On the other hand, according to the Centre for Social Concern Urban Cost of Living Survey report, the urban basket of basic needs for August 2022 was 160 percent higher than in August 2021.

The Parliamentary Committee on Agriculture says there is little hope for a drop in maize prices following reduced stocks on the market as the demand for the staple grain rises.

The committee’s chairperson Sameer Suleman said, in an interview on Tuesday, that the situation was worsened by the closure of State produce trader Agricultural Development and Marketing Corporation (Admarc) in September this year, and the implementation of the Affordable Inputs Programme last year.

He said: “There is little hope for reduction in the price of maize because all the years we rely on Admarc supplies to ease the price situation.

“Unfortunately, our people will not be able to afford the staple grain, which will be disastrous for the people.”

Speaking in Parliament last week, Minister of Agriculture Sam Kawale said there are 82 000 metric tonnes (MT) of maize in the country with the National Food Reserve Agency having 58 500MT while Admarc has 23 500MT.