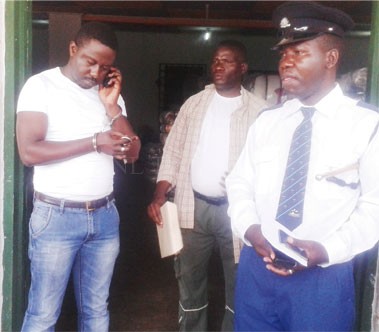 As the country-wide inspection of business licences continues, a team carrying out the exercise in the Northern Region on Wednesday arrested a Rwandan national Parfait Bizimana for allegedly running a second-hand clothes shop in Mzuzu without a business licence.

Bizimana was also arrested because he came into the country as a visitor but was operating a business without a Temporary Employment Permit.

Team leader Noel Shema said in the course of the operation, it was revealed that many traders got their licenses from Mzuzu City Council instead of the Ministry of Industry and Trade.

“Since we started the inspection last week, this is the fourth business we have closed,” said Shema.

Bizimana’s passport showed that he entered Malawi on January 9, 2015 and was expected to depart on April 9, 2015 but Northern Region Immigration spokesperson Blackwell Lungu said Bizimana would be deported before that date.

In an interview, Bizimana said it was difficult to get business papers in Malawi.