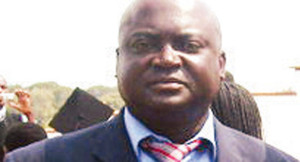 The Malawi Department of Tourism has partnered with South African Airways in a deal that has led to the airline reducing airfares from London to Malawi.

SAA announced on Tuesday that following an agreement with Malawi, it has reduced fares from London to Lilongwe to £604 for a return air ticket from £753 previously and to £624 return flight to Chileka International Airport, down from £773 previously.

SAA said the discounted fares are valid from now until July 13, 2015, then from August 19 to December 12 and lastly from December 25, 2015 to March 31, 2016 and are meant to enable travelers “experience the animal kingdoms, beautiful natural attractions and unique culture of Malawi”.

“Malawi is a wonderful destination for those seeking a variety of experiences in a relatively small geographical area,” says Ian Mushani, tourism attaché at the Malawi High Commission in London.