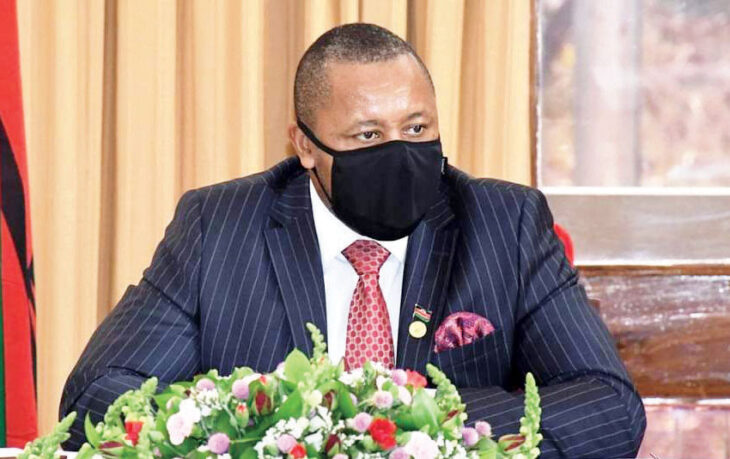 Vice-President Saulos Chilima has said Malawi could become a low middle-income country by 2030 if it grows the economy by an average of six percent.

Chilima, who is also Economic Planning and Public Sector Reforms Minister, made the observation in Lilongwe yesterday during the launch of Vision 2063, which seeks to turn Malawi into an upper middle-class economy by 2063.

Chilima said projections indicate that, by growing the economy by an average of six percent per annum, Malawi would attain $1,064 per capita by 2030.

“If the country is more innovative and productive, the targets can be reached much earlier,” the Vice President said.

Among other things, by 2063 Malawi seeks to achieve adequate and nutritious food for everyone throughout the year; well-equipped and staffed health facilities in line with existing population numbers; well-equipped and staffed early childhood centres, primary and secondary schools that take into account the existing population and offer a minimum of 12 years of formal education to every Malawian; reliable and available electricity and access to tarmac roads.

Economic experts say impoverished Malawi needs a growth rate of six percent per annum to maintain the current poverty levels and anything above six percent to reduce it.

The economy suffered a recession in 2001 when it grew by -5.0 percent due to drought-related conditions.

According to Chilima, one of the lessons they have learnt from the flopped Vision 2020 is that the national development agenda did not survive political transitions.

He said successive administrations wanted to be identified with their own projects.

“Second, there was poor alignment between the long-term vision, medium-term plans that operationalise it and the annual budgets that fund it.

“Having learnt from the past mistakes, the implementation framework of the MW2063 seeks to remedy this defect through guiding principles that will include the following: alignment of party manifestos to the vision, its pillars and enablers; alignment of medium-term development plans and budgets to the vision; coordinated approach to implementation; private sector active involvement in development; and deepening regional and global integration,” Chilima said.

He further said implementing the vision requires a review of the Political Party Act, requiring that political party manifestos be aligned to Vision 2063 and avoid short-termism by political administrations.

“The long and short of it is that delivering the MW2063 is a collective responsibility. There shall be collective ownership and leadership from the presidency to citizenry,” he said.

Launching the vision, President Lazarus Chakwera said Malawians must ensure that everything they do moving forward is speaking to the aspirations of Vision 2063.