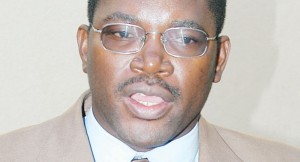 Smea, a grouping for local small scale entrepreneurs, says there is hope that the policy would cover the existing gaps in the sector, which will help improve its overall input to economic development.

Smea president, James Chiutsi, said that the outcome of a policy validation meeting held last week indicates that tentatively, the new policy may be ready by early next year.

The meeting brought together major stakeholders in the SMEs sector; including government institutions, development partners, private sector players and the civil society.

According to Chiutsi, the sector’s contribution has remained minimal over the years due to lack of proper policies to govern the sector.

“The policy has been in the pipeline for four years now, and we are hopeful that it will be launched within the first quarter of next year. The policy will help improve the input of the sector to the economy as it attempts to address the existing challenges currently faced by players,” he said.

Among other challenges outlined at the meeting, according to Chiutsi, include lack of business skills and capacity building among players, a development which he said is compromising the sector’s growth.

Chiutsi said outcomes of the policy validation meeting is an indication that the policy is almost set for rolling and it outlines critical components in influencing growth of the sector.

“We have been very concerned with low capacity building and lack of proper markets for our products and services as well as proper governance structures. Most of our members also face hurdles to secure funding for capital and growth. The policy is tackling all these challenges,” he said.

Formulation of the new policy follows a review of the same that began in July 2011.