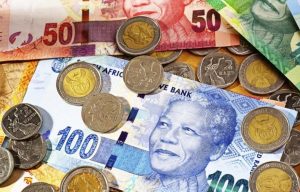 South Africa’s rand will lose half of the 7 percent gains made against the United States (US) dollar since the start of the year over the next 12 months, pressured by fiscal constraints and weak growth, a Reuters poll found on Wednesday.

The rand has topped emerging market currencies since the turn of the year, buoyed by external developments such as a potentially more “patient” Federal Reserve in raising interest rates and a revitalised mood in US-China trade talks.

However, in 12 months the rand is expected to have weakened over 3 percent to 13.85 per dollar although that median forecast is 58 cents stronger than last month’s.

“These challenges may lead to a sovereign credit rating downgrade from Moody’s in March if the 2019 budget does not allay any lingering concerns,” Shiells said.

The budget is due to be announced in about two weeks, followed by a Moody’s review. Moody’s is the only major agency still holding South Africa’s debt at investment grade.

A downgrade of the debt dominated in rands from Moody’s will trigger forced capital outflows from passive investments.

Shiells also added to the risks national elections due in May which carry “popular policy moves and reform paralysis”.

Analysts were still bullish about the support the currency has received from abroad even when local fundamentals have been disappointing.

The most bullish forecaster in the sample said the rand would trade at 12.63 per dollar in a year while the most bearish suggested the currency could weaken to 15.50.

Fed policymakers last month indicated they were pausing a rate increase campaign that began in December 2015 as the US central bank tries to sort out how much a weakening global economy could drag on the United States.

South Africa’s own rates were expected to be hiked 25 basis points to 7.00 percent in May, after the Reserve Bank left them unchanged last month.

The Bank tries to keep inflation between its 3-6 percent comfort level and projected it would average 4.8 percent this year, down from a previous forecast of 5.5 percent. An average of 5.3 percent is expected in 2020.—Reuters