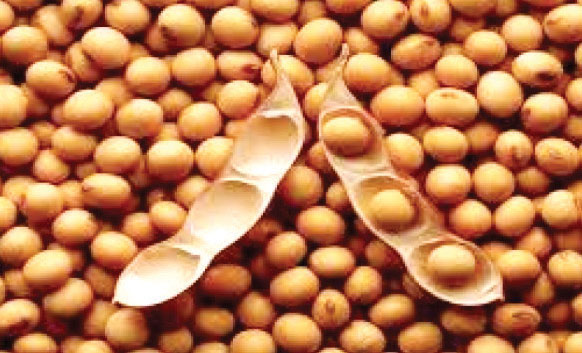 Minister of Finance Felix Mlusu has indicated that soya is earmarked to earn more foreign exchange for Malawi than the traditional tobacco this year.

Mlusu said this over the weekend in Blantyre on the sidelines of a post-budget engagement with members of the Economics Association of Malawi (Ecama).

Figures he provided show that the commodity has already raked in $80 million [about K64 billion].

“But the season has not even reached the peak and, if we talk about other legumes and pulses, it will help enhance our balance of payment position,” Mlusu said.

He said the country was working towards encouraging exportation of local produce to improve forex reserves.

In an interview, Chief Executive Officer of African Institute for Corporate Citizenship Felix Lombe said there was a need for the country to strengthen trading of such crops through structured markets.

“We need start with increasing production. We just need to improve productivity and produce more soya from the same hectorage of land.

“This year, the government has tried to enforce adherence to the minimum farm gate price which is a contributing factor to increased earnings from soya; so, strict measures on marketing of the crop would also boost the crops contribution to the national purse,” Lombe said.

Soya is fetching K450 per kilogramme (kg), which is higher than the K320 per kg farm gate price the government set.

According to the Legumes Development Trust, the country is expected to produce 350,000 metric tonnes of soya this year, which could translate to $158.75 million (about K127 billion) if sold at an average price of K400 per kg.

Meanwhile, the country has realised $83.2 million from the sale of 50.7 million kg of tobacco at an average price of $1.64 per kg in seven weeks of tobacco sales.

This represents a 33.5 percent increase in the earnings when compared to $63.2 million realised during the same period last year.

Agriculture remains the backbone of the local economy with stakeholders calling for diversification of the sector to promote other cash crops.

However, others are of the view that the country should focus on diversifying the entire economy to stop relying heavily on the agriculture sector.