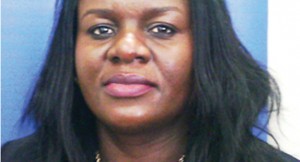 Standard Bank says it has registered over 400 new customers for its internet services platform following the launch of the ‘Be Your Own Bank, Transact and Win’ promotion.

The bank’s head of personal markets Charity Mughogho made the revelation in Lilongwe on Tuesday during the first draw of the promotion.

“The response in the first two weeks is encouraging and prospects are high that more people will come forward to join us in this new era of digital and paperless banking.

“We would like to reiterate the fact that our internet banking platform offers great convenience and security to our customers hence our drive to encourage usage of the platform. Gone are the days when customers always had to walk to the bank or talk to a banker in order to transact,” Mughogho said.

The third-placed winner will walk home with a DStv Explora plus a month’s Premium subscription which will be given at the end of promotion in October.

To enter the promotion, the bank’s existing as well as new current account customers need to register for internet banking and transact for a minimum of four times every two weeks.