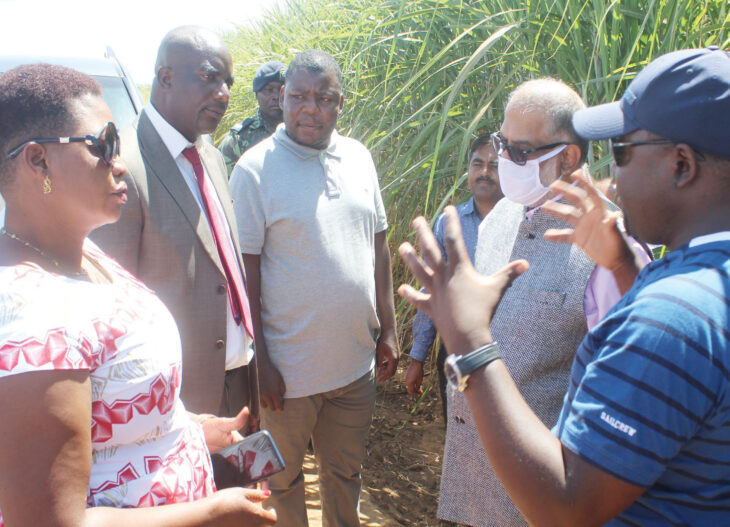 The Salima Sugar Company Limited (SSCL) has said it managed to triple its sugar output in the last growing season.

SSCL and Greenbelt Authority Acting Chief Executive Officer, Amon Mluwira, disclosed this on Friday when Irrigation Minister, Charles Mchacha, toured the factory to appreciate some of the milestones and challenges registered so far.

Currently, the company has 6000 hactares but has only managed to cultivate sugar on 2000 hactares.

Mluwira said at the peak of production, the firm has 3,500 workers of which 600 are permanent.

“What I can say is that the coming in of our company has brought in an element of competition as previously, there were few players in the industry.

“Competition is healthy as it benefits the consumer in form of improved quality as well as reduced prices,” Mluwira said.

SSCL started sugar production in 2016 and has so far invested about 80 million Euros.

Irrigation and Water Development Minister, Charles Mchacha, said the government is committed to improving irrigation in the country.

Mchacha said it was pleasing to note that about 3500 Malawians are benefitting from such a project.

“As government, we would like to scale up irrigation activities so that we create jobs for the citizens in addition to ensuring food security.

“The other good thing is that through irrigation, we would be able to produce more than once a year, thereby exporting the surplus and earn the much needed forex,” Mchacha said. Salima Sugar Company Limited is a partnership between Green Belt Authority and a private investor.