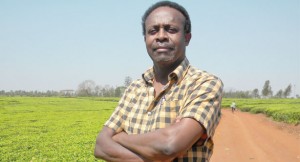 Players in the tea industry under the Tea Association of Malawi (Taml) have finally agreed to increase the daily minimum wage for workers in the sector.

The daily minimum wage has been increased to K850 per day effective September 1, from K660, which will see workers receiving a minimum of K25,500 per month.

The rate in the tea sector surpasses the proposed government approved national minimum wage which is at K687.70 per day.

He said this year; the association took longer to increase the wages as they were waiting for the government to announce the new minimum wage.

“We review our wages every year. The government was supposed to raise the minimum national wage in June but that did not happen, so it delayed our decision as well,” said Thindwa.

He said when increasing the minimum wage, the association also takes into account inflation, the exchange rate and costs of food within estates.