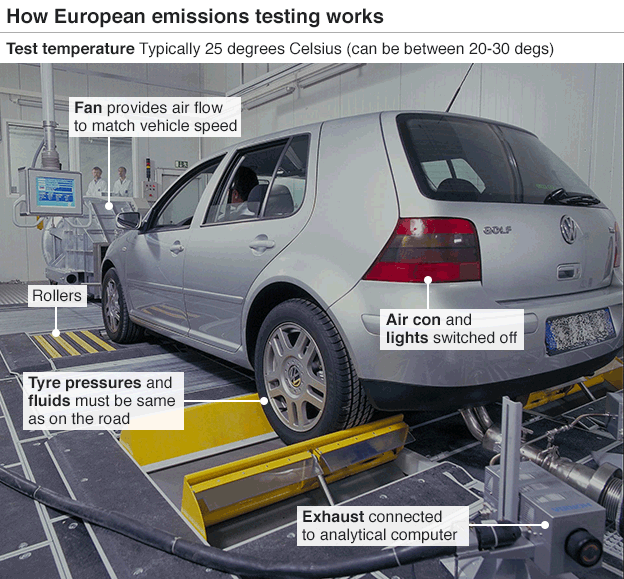 As Volkswagen’s reputation continues to be damaged by the revelation that it cheated emissions tests, a number of questions remain unanswered.

With about 11 million diesel cars affected, including 1.2 million in the UK, here are some of the key issues that have still to be resolved:

Will drivers get any compensation?

Claims are already being prepared in the US, with lawyers suggesting that drivers have been misled.

In the UK, there are suggestions that drivers and dealerships might be able to claim for compensation if they were given false information on purchase, or if their car is devalued as a result of the scandal.

London-based law firm Slater and Gordon reported that it had been contacted by more than 500 people who believe they were misled by VW.

But there are a lot of question marks over the potential success of any such claim. Such as, did the cheat software fundamentally alter the car that drivers thought they were buying and its value?

Similar question marks surround the tax brackets that these cars fell into. Vehicle tax in the UK is based on levels of carbon dioxide emissions. So far, the cheat devices in the US appear only to have given false readings on nitrogen oxide emissions.

Did any devices cheat more than just nitrogen oxide emissions? If so, did these devices cheat tests to a degree that means a tax discount for low emissions was incorrectly administered? If so, would it be worthwhile for the tax authorities to chase up any underpaid tax?

What will be the long-term effect on VW’s prices?

Only time will tell how prices of VW cars will be affected in the months and years ahead.

On the plus side for owners, is the example of previous car industry scandals.

Editors at CAP Black Book – a manual referred to by professional used-car dealers – point to the global recall of Toyota and Lexus cars back in 2009 and 2010. This, they say, was the result of serious safety issues, but it did not have a significant impact on used car values.

However, any fall in the popularity of VWs could mean that they are less in demand as used cars, so owners wishing to sell might have to lower their asking price.

Predicting prices and used car values in the future depends on so many variables including, most critically, how this scandal develops.

How high up did the scandal go?

Martin Winterkorn has been replaced as chief executive, and other people across the group have been suspended.

An internal inquiry is underway, but it would be surprising if such a blatant and widespread attempt to rig emissions tests didn’t end with more heads rolling.

This was not the action of some rogue employee. There will have been a chain of command that approved the use of the cheat software in 11 million cars.

What’s more, it’s emerging that VW executives may have been warned of the scam at least two years ago.

In the US, lawyers are still seeking action against employees of General Motors some two years after the carmaker began recalling cars with dangerous ignition faults.

If VW can’t identify who knew what, aggressive lawyers may do so.

What fines will VW face?

Jurisdictions across the world are investigating VW. From the EU to South Korea, VW faces heavy financial punishment.

But the US, whose authorities take a robust approach to corporate wrongdoing, is where VW could face its most costly and prolonged litigation.

The US Justice Department may yet launch criminal action, turning up the legal heat. And individual states are preparing possible action, either individually or together.

What about lawsuits from customers?

Private law firms have already reportedly filed dozens of lawsuits in the US on behalf of VW owners.

But eventually hundreds of class-action lawsuits are expected to follow.

These cases may be consolidated before a single federal judge.

Claims will include defrauding customers, compensation for falling values of second-hand VW cars, and refunds for customers who paid extra for cars they thought were better for the environment.

How much will these damages claims be for. Who knows? But it’s safe to say they will run into billions of dollars.

What will be the wider car industry impact?

VW’s shares plunged in the days following the revelations. What got less publicity was that investors in several VW component suppliers also ran for cover.

Shares in Delphi, Tenneco, Honeywell, and Continental were among suppliers hit.

There’s a fear that the VW scandal will do irreparable damage to the diesel market.

In the US, the market for diesel cars is tiny. Has this nascent market now been killed off?

Mike Jackson, chief executive of AutoNation, the largest US car retailer, told the WSJ: “It is another black eye for diesel vehicles overall.”

In Europe diesel accounts for 50% of cars sold this year.

It’s possible the VW scandal will spur on development of cleaner diesel technology.

Others, though, say it is the death knell of technology that never lived up to its hype, and will mean more investment in hybrid and electric technology.

Can VW rebuild its reputation?

The simple answer is “yes”, but it won’t be quick or easy.

Five years ago, Japanese giant Toyota was in a similar position in the US after it had failed to address known safety defects in its cars, which were linked to the death of dozens of people.

Toyota responded with an extensive campaign to address the failings in its own organisation and rebuild consumer trust.

As a result its sales recovered following a short-term fall.