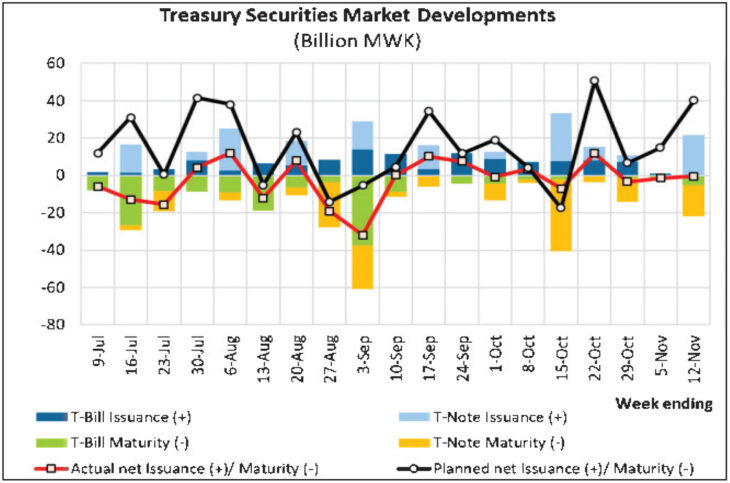 Experts fear that the government could be facing liquidity pressure to implement its operations following revelations that it managed to raise 34 percent of the applied amount, through various debt instruments, on the market.

Commenting on the figures, Malawi University of Business and Applied Sciences (Mubas) economist Betchani Tchereni said the development may be a blessing in disguise as the rate at which the government is borrowing domestically will dwindle.

“You may note that there

“My suggestion is that the country should consider putting mechanisms that will woo foreign investors into the securities market or RBM should use fiscal policies to contain the situation.

“Foreign investors shun putting their money in the securities market because we do not have a credit rating and we are regarded as a junk market. Therefore, until that is addressed, RBM can just use its capacity to inject money into the market even though it is inflationary,” Chigwe said.