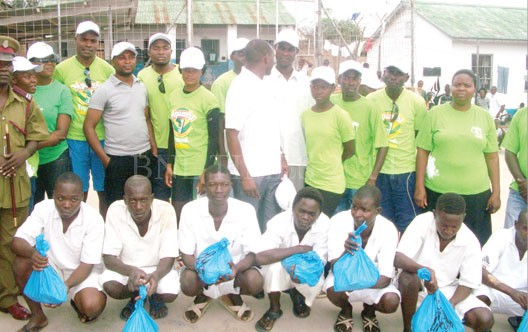 TNM has donated various food items valued at K1 million to inmates at Mzuzu Prison as one way of celebrating festive season with them.

Speaking after presenting the gifts, TNM head of region for the north Richard Kwatiwani said the donation symbolizes the goodwill of all TNM employees in the northern region.

“This is in keeping with the festive season tradition,” said Kwatiwani.

He said the company chose the prison since inmates are not usually considered during such times.

Mzuzu Prison officer in charge Hellings Nyalubwe thanked TNM for making the donation which he described it as a timely gesture.

Nyalubwe said the donation will remind inmates that organisations and other people remember them.

“These items will put a smile on the face of the prisoners,” said Nyalubwe.