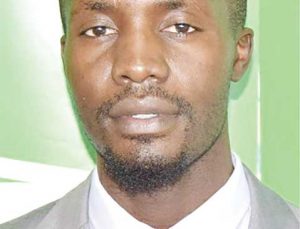 TNM has conducted the first draw of its ongoing Katamu Katamu promotion aimed at rewarding its Mpamba agents across the country.

Speaking during the draw, TNM Head of Mobile Money, Chikhulupiliro Mphatso, said the response to the promotion has been very good.

“Agents have been motivated to transact more to stand the chance of carting home K1 million, among other prizes.

“We acknowledge and appreciate the work that agents do to help increase uptake of the service by existing and potential clients. It is encouraging to note that customers have begun to realise the convenience of using TNM Mpamba.”

Mphatso said the rise in the number of Mpamba transactions demonstrates the critical value of TNM’s mobile money service as a catalyst for socio-economic development.

“Mobile money is the new way of doing business and personal life. Our Mpamba service was designed to add value to the country’s economy by helping improve national payments and consumer transactions. The intrinsic increase in Mpamba transactions underscores the service’s utility,” he said.

Mphatso added that the promotion recognises the role of agents in promoting mobile money transfers and helping to strengthen financial inclusion in the country.

To qualify for the fortnightly prizes, the agents are required to carry out a minimum of 150 transactions in a week. These transactions include either redeeming a token, facilitating cash-in or facilitating a cash-out. Four lucky agents, one from each region, will walk away with K100, 000 and another four K50, 000 each during fortnight draws.