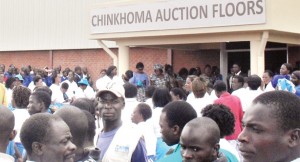 The country’s auction floors are expected to complete the trading of this year’s tobacco by mid next month, the Tobacco Control Commission (TCC) has said.

Auction of burley tobacco has already concluded at Limbe Auction Floors where limited sales are still going on and are expected to close by the end of the month of August.

The market, which opened in April this year, had by Friday last week earned the country about U$296 million in foreign exchange.

Munthali said the market has been pro-longed to allow the sale of flue cured tobacco which has faced a number of hiccups during the market season.

“As a regulator, we would like to see that all flue tobacco has been sold off before the market closes,” said Munthali.

Munthali has described this year’s tobacco marketing season as generally good, except for the problems faced with the flue cured sales.

The AHL weekly report attributed the good trading of dark fired tobacco to low supply of the leaf against an increased demand.

The rejection rate during the week averaged above 50 percent at all the auction floors, according to AHL Group.