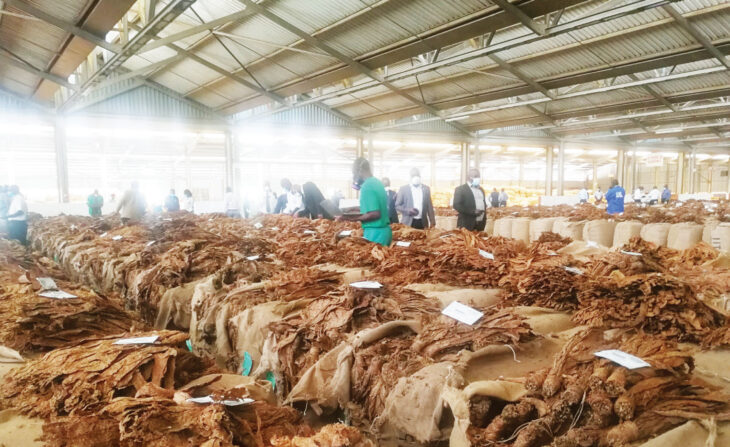 The Tobacco Commission (TC) has said it expects the industry to bounce back strongly next season with an anticipated production of over 150 million kilogrammes (kg) of all types of tobacco in line with the quotas allocated to farmers.

The commission has indicated that this year’s market has been hit hard by Covid-19 pandemic among others as it raked in $174.97 million, representing a 27 percent drop from $237 million the commission made in 2019.

By far, tobacco remains Malawi’s top foreign exchange earner, although its share has been falling sharply in the past ten years in response to changes in prices and weather conditions, and most recently, due to the global anti-smoking campaign championed by the World Health Organisation.

But speaking after an interface with the Parliamentary Committee on Agriculture, Irrigation and Water Development in Mzuzu Sunday, TC Chief Executive Officer, Kaisi Sadala, said among other things, the commission has increased the minimum quota for farmers from 500 kgs to 2,000 kgs.

This is in a bid to encourage more farmers to grow the leaf this season.

He said already the outlook is promising as so far 34,800 growers have registered with an anticipation to grow 121 million kgs this year.

Registration of growers is expected to wind up in November.

The commission’s chief said that easing of the Withdraw Release Order (WRO) by the US government would also have positive impact on tobacco production next season.

Currently, out of nine companies that buy tobacco in the country, only two are allowed to export to the US.

In his remarks, the Parliamentary Committee chairperson, Sameer Suleman, said they will continue lobbying the government to continue negotiations with the US government to suspend the WRO.

Suleman, however, said the committee is worried that the forestry levy that is deducted from individual farmers after sales is not being utilised.

At the end of every tobacco season, at least K800 million to K1 billion is collected.

“We have heard that money around K5 billion has been collected in a period of five years but there is nothing to show. This money was to be used specifically for afforestation,” he said.

Despite the drop in volumes and revenues for this year’s tobacco season average price was at $1.54 per kg which represents seven percent increase over 2019’s $1.43 per kg.