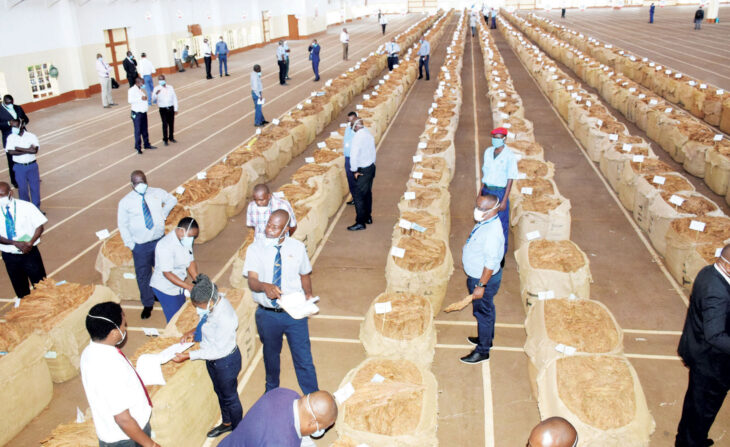 Malawi has realised $15.1 million from the sale of 8.9 million kilogrammes (kg) of all types of tobacco within first two weeks of sales, figures from the AHL Group have shown.

This represents a 69.6 percent increase when compared to the $8.9 million the country realised during the same period last year after selling 5.6 million kg of the crop.

The figures further show that prices being offered on the market this year are a bit higher than last year as the average price was seen at $1.68 during the period from $1.55.

This represents an 8.3 percent increase.

He said most of the buyers who participated in the auction market had not yet started buying tobacco.

Malunga was, however, excited with overall performance of the market, saying the outlook remains positive.

“The increase in prices and earnings can be attributed to market forces. There is high demand against limited supplies but we have also seen quality tobacco that deserves such high prices being offered,” Malunga said.

“Prices do change on the market but we expect to sell over 120 million kg of tobacco this year, if the prices remain constant or inch upwards because quality tobacco comes on the market as it advances, we might make more than what we earned last year,” he said.

In an earlier interview, President of the Tobacco Association of Malawi (Tama) Trust Abiel Kalima Banda said he expected farmers to earn more from the crop than last year owing to quality of the leaf produced last year.

“As a farmers’ group, we are impressed with the prices being offered on the market; if this trend continues, we are confident that our farmers will earn more than last year from tobacco though we are still having challenges with grading among some farmers, which has contributed to the high rejection rate,” Banda said.

Last year, the country sold 112.89 million kilogrammes of tobacco, realising $173.5 million from the green gold. The earnings were 27 percent below the $237 million realised during the 2019 season.

Experts are optimistic that commencement of the tobacco selling season could help cushion the volatile forex situation in the country.

Figures from the Reserve Bank of Malawi show that import outlays declined by $60 million to $693.1 million while exports dropped by $2.7 million to $201.6 million in the first quarter of the year.

The external position improved slightly in the first three months of 2021 not necessarily buoyed by improved exports but a sharp decline in imports.