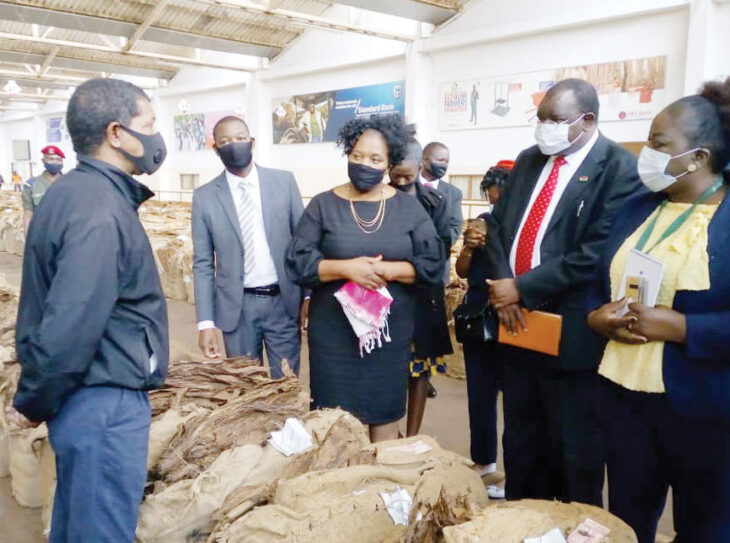 The Tobacco Commission (TC) has said it expects the country to register a shrink in the final tobacco output for this year.

Malawi had initially planned to produce 155 million kgs of tobacco against a trade requirement of 161 million kgs.

But according to Sadala, preliminary figures from the third round of tobacco estimates currently being computed indicate that Malawi will produce less tobacco than anticipated.

Sadala said the shrinkage in total tobacco volume has been cause by shifts in the weather pattern.

“It’s not only for Malawi. It’s a regional problem. Even our friends in Zimbabwe, Mozambique and Zambia are facing similar challenge,” Sadala said.

He noted that the anticipated shrink in total production has resulted in increased competition among buyers on the auction side of the market.

“This has led to significant improvements in prices on the auction side of the market,” Sadala said.

Nkusa Nkhoma said she was impressed with the prices that prevailed at the market.

She, however, observed that growers could realise more earnings from their toil, if some of the charges we’re minimised or eliminated.

Among others, Nkusa Nkhoma said buyers were forcing growers, under contract farming, to buy expensive inputs such as seed and fertilizer from them.

“We need to review some of the charges so that, at the end of the day, the grower benefits,” Nkusa Nkhoma said.

By far, tobacco remains Malawi’s top foreign exchange earner, although its share has been falling sharply in the past ten years in response to changes in prices and weather conditions, and most recently, due to the global anti-smoking campaign championed by the World Health Organisation.