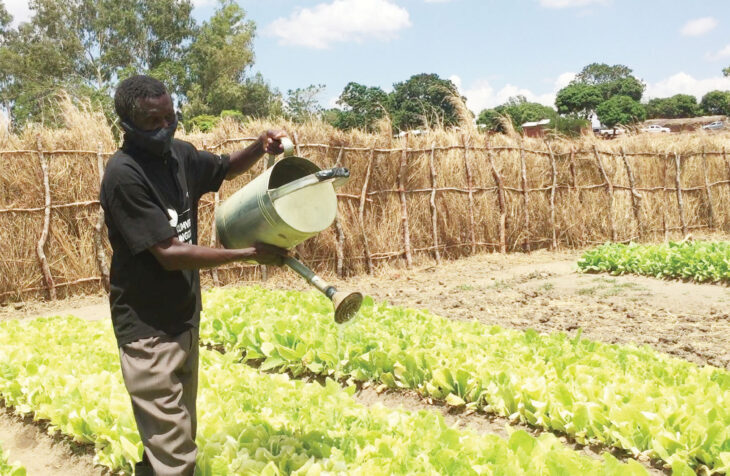 Stakeholders in the tobacco industry have expressed fear that the country may not be able to produce enough to meet the food demand in the 2021-22 season due to delayed and sporadic rainfall pattern being experienced.

The rainfall pattern has significantly changed, with rains being delayed for more than five weeks a development, that translates in the crop being kept in the nursery for some time.

Representatives of the Tobacco Association of Malawi (Tama) Trust have indicated that the development has increased the cost of production as farmers were forced to find water alternatives to keep the crop healthy in the nursery.

Its president Abiel Kalima Banda said almost all tobacco farmers in the country have been affected by the problem.

“The delay in receiving rains has already disrupted production of the crop. However, we are doing everything possible we can do to minimise the impact, but this is at a higher cost. We will not be able to meet the demand but we will try to reduce the gap.

“The crop was destroyed and that which survived required a lot of effort to keep alive from July to this month when we started receiving the rains. We had to buy water for nurseries that were made far from streams. I would like to urge relevant authorities to review the cost of production for this season and reflect the same on the prices,” Banda said.

Tobacco Commission Chief Executive Officer Joseph Chidanti Malunga concurred that the weather pattern has brought disruption to tobacco production but was quick to say the impact would better be analysed after first round crop estimates.

“We should not be scared yet; we have not done the estimates. We know that some farmers were transplanting the crop which had grown beyond the nursery stage; so, that is the only fear that we have but the good news is that this is not a drought—it’s just delayed onset of rains so we hope that we will recover what we have lost if growers use proper fertiliser but let’s wait for the crop estimates which will give us a practical answer,” Malunga said.

In an earlier interview, Malunga expressed hope that production would bounce back in the 2021-22 season with an additional 12 million kilogrammes, all factors being constant

“We expect to continue the increased production trajectory. In 2020, we produced 114 million kilograms (kg) of tobacco while this year we sold a total of 123 million kg so we expect the trend to continue. When you comply with what the buyers want then it gives them confidence and they end up increasing the amount of tobacco they would buy from Malawi.

“Meanwhile, we have been engaging buyers and the response has been quite good and we anticipate the demand to grow by 10 percent or less but the demand will be higher than last year,” Malunga said.

The post ‘Tobacco output to drop in 2022’ appeared first on The Times Group Malawi.