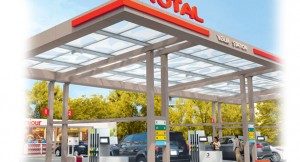 Total Malawi has invited land owners along the country’s main roads and other trading centres in the country to come forward and partner with it in the development of new service stations across the country.

Total Malawi commercial manager, McChancy Mkamanga, said in an interview on Thursday that the initiative is part of the company’s expansion programme which is aimed at doubling its market share by 2022.

He said the company now wants to incorporate land owners as prospective dealers in the drive.

The company has invited land owners and prospective dealers that would want to operate and manage a service station or quick service restaurant to partner with it in the programme.

“We want to see Malawians running their own businesses by providing them with the necessary support,” said Mkamanga.

Giving a brief background of the project, that was first introduced four years ago, Mkamanga said the project has so far attracted different partnerships that have offered different benefits to people.

The programme has also included those that have the land but lack the funds to build a filling station.

He said there is no limit to the programme as every project will be appraised on its merit.

Mkamanga said the company needs the support of Malawians to achieve its goals while also helping the country.